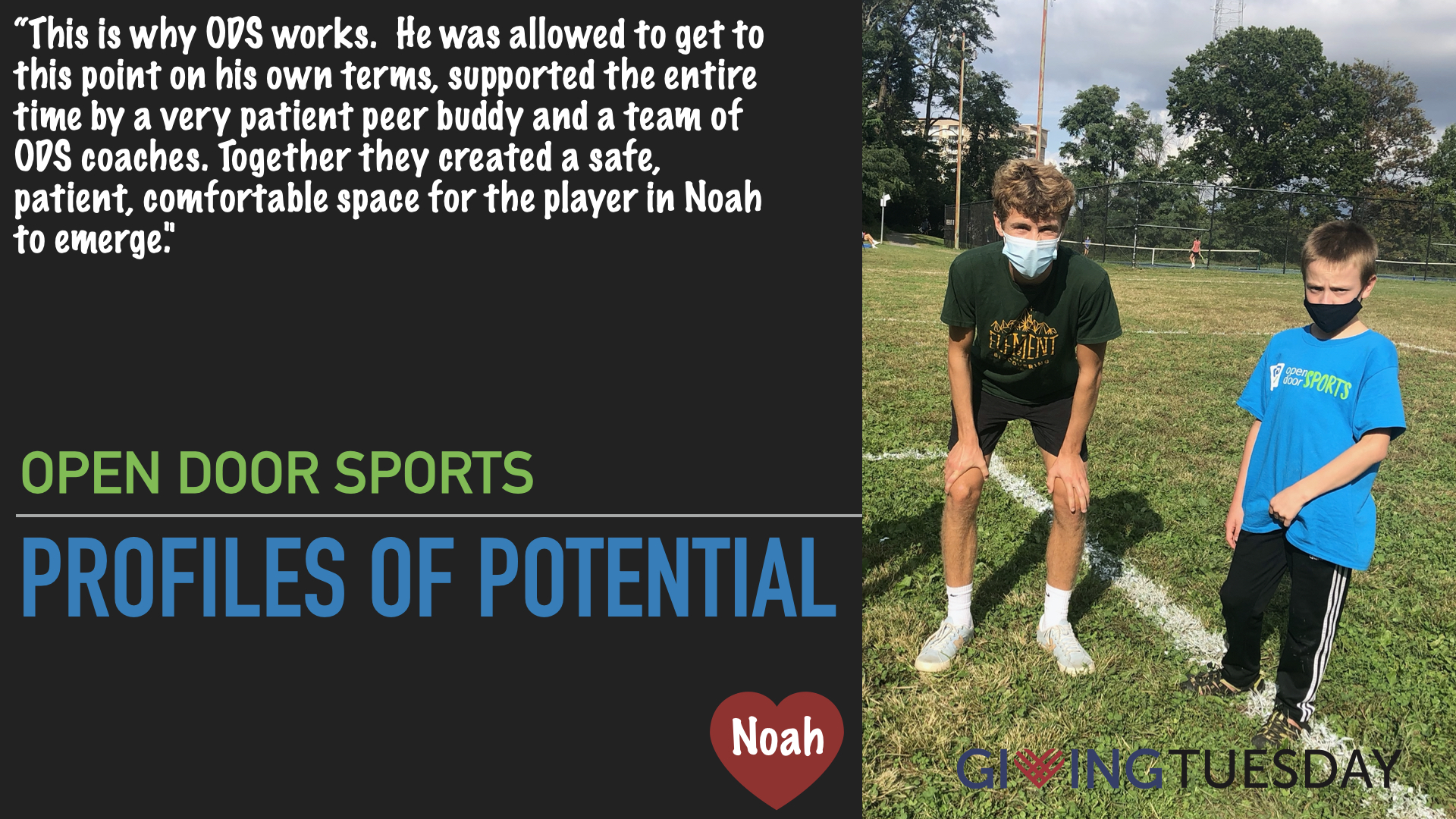 Noah does anything and everything in his own time and space. So for basketball this meant he was going to literally “hang out” on the climbing bars along the gym wall at his first practice. This eventually led to Noah being comfortable enough in the gym to play a game of chase with his peer buddy. This game of chase organically transitioned into a dribble, a pass, and then a shot. That shot took most of the 8 week session to achieve but wow what a shot! The smile on his face and everyone around him said it all. I still get a little tingle inside each time I think about it. And that is why ODS works. He was allowed to get to this point on his own terms, supported the entire time by a very patient peer buddy and a team of ODS coaches. Together they created a safe, patient, comfortable space for the player in Noah to emerge.

Kids like Noah can be team players, can gain skills, and most importantly can be a part of a winning team. Noah walking through the door to that gym opened up so much more than basketball. It gave him friendship, he felt pride in himself, and he got to hear the roar of the crowd when his shot was nothing but net. He learned it was ok to fail and to just keep trying. Sports teaches so many lessons and the "Noahs" of the world deserve this experience. Every time kids walk through the door at Open Door Sports, they are given a shot. And that’s all they have ever wanted. These kids are winning way more than a game. They are winning at life. The people at Open Door Sports saw potential in Noah and cared enough to give him a well-deserved opportunity to try. This door needs to stay open as long as possible for each and every Noah. It really is that simple. Just open the door and let these kids play the game their way. - Tracy Simmons, Noah's mom

At ODS we pride ourselves on meeting our players where they are - allowing them the space and time to progress in the sport on their terms. EVERY child improves. EVERY child learns. EVERY child is a part of our team.